This is an individual project.

The goal of the project is to develop a pattern recognition system to classify pixels in images as skin or non-skin pixels. The system can be used by many face detection systems to locate face candidate areas in pictures. The classifier will be working with 3 color representation systems, RGB, YIQ, and HSV, respectively. 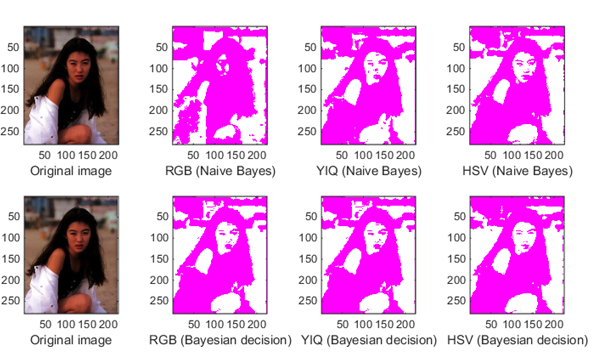 The performance evaluations from the collected test set are shown as below. 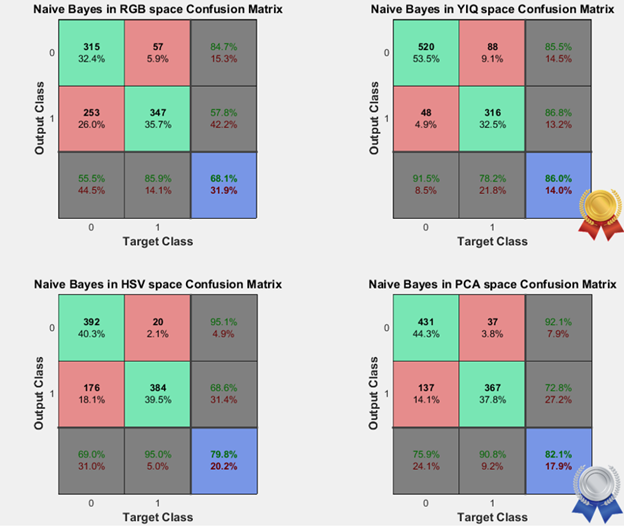 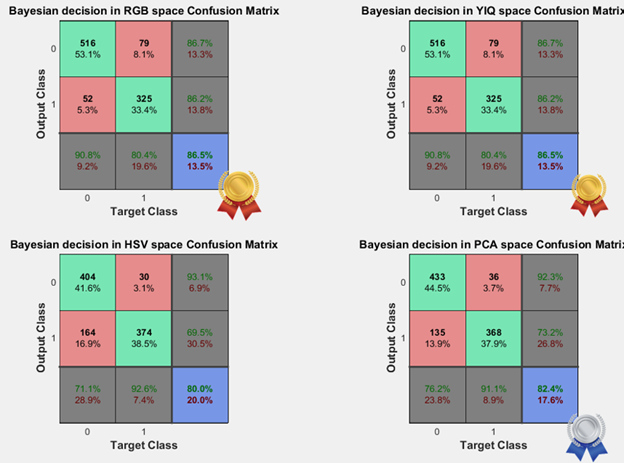 This is an individual project.

In this project, we use three classification models to develop three pattern recognition systems. The objective of the system is to identify a digit. The digit is composed by a dot matrix, with 7 rows and 5 columns. However, some LED on the matrix are defects. These LEDs are not lightened at on status or vice versa. This will cause the number on a matrix is not faultlessly shown.

To build the system, we consider three machine learning models:

The following things are taken cared in the project:

The result shows that the BP network with 12 hidden nodes has the best precision. On the other side, the decision tree is the worst one. Another insight is the trend of precision with the increasing of error probability p. The precisions of all classifiers are decreased when p is larger.

Then we use PCA method to reduce original 35 dimensions to 10 dimensions. We plot each pair of dimensions from the first 3 dimensions in the figure below. In each subfigure, we plot samples based on a pair of dimensions. From the scatter plots, we can find that some patterns can be easily figured out, because they are clustered in an isolated group. Some patterns are mixed in space, which is difficult to be discriminated. 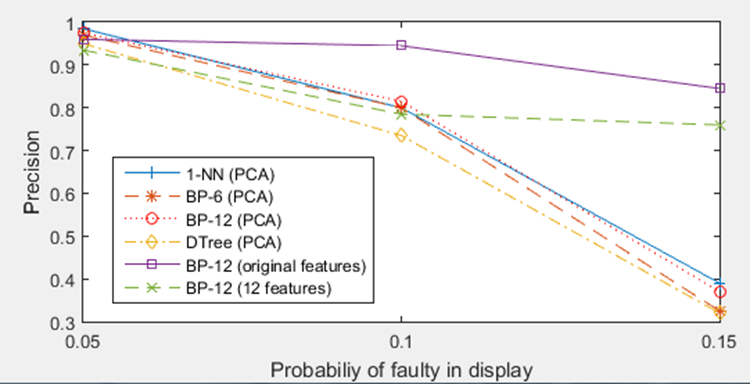